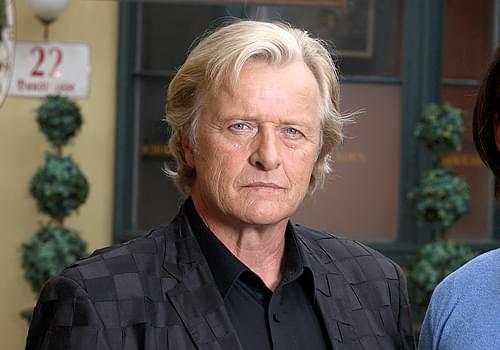 The son of drama teachers Arend and Teunke, Hauer grew up in Amsterdam. He joined an experimental acting troupe, which he stayed with for five years before getting the lead role in the very successful 1969 television series Floris, creating a name for him in the Netherlands. His career changed course when director Paul Verhoeven gave him the lead in Turkish Delight (1973) based on the Jan Wolkers book of the same name. The movie found box-office favour abroad as well as at home and within two years, its star was invited to make his English language debut in the British film, The Wilby Conspiracy (1975).
It was in the Sylvester Stallone vehicle Nighthawks (1981) that he finally made his American debut. Cast as a psychotically cold-blooded terrorist named Wulfgar, he made a strong impression, leading to a major role the following year as the chief android, Roy Batty (pitted against Harrison Ford), in Ridley Scott’s science fiction film, Blade Runner (1982). Italian director, Ermanno Olmi, mined the gentler, more mystical and soulful side of Hauer’s personality in The Legend of the Holy Drinker (1989), the story of a lost soul who dies from the drink in Paris while attempting to pay a debt of honour in a church.

By the 1990s, Hauer was as well known for his humorous appearances in Guinness commercials as for his screen roles. It seemed that he had increasingly become involved in lower budget films, including Split Second, which was set in a flooded London after global warming, Omega Doom, another post-apocalyptic story in which he plays a soldier-robot, and New World Disorder, opposite Tara Fitzgerald. In between these lower budgeted films, he appeared in the music video “On a Night Like This” by Kylie Minogue. In the late 1980s and 1990s, as well as 2000, he also appeared in several British and American television productions, including Inside the Third Reich (as Albert Speer), Escape from Sobibor, Fatherland, Hostile Waters, Merlin, and The 10th Kingdom. 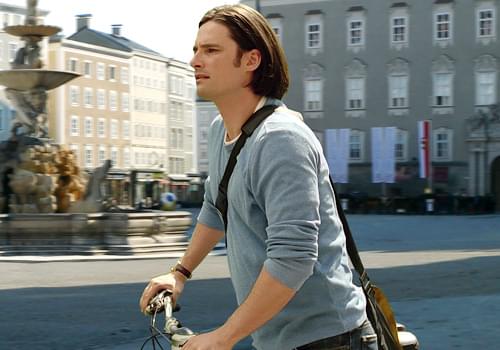 Warren Christie’s acting career got off to a late start, but in 2005, Warren found himself in the ABC/Touchstone pilot Introducing Lennie Rose, created by Krista Vernhoff and directed by Ken Olin. He followed that up with the romantic comedy Gray Matters working opposite Heather Graham. Switching gears, his next project was the psychological thriller Beneath produced by the group responsible for Napoleon Dynamite in conjunction with MTV Films/Paramount Classics.
Warren has also been very active in television. These credits include recurring and guest star roles on Supernatural, The L Word, Battlestar Galactica, and the ABC series The Days. Warren’s most recent credits include Apollo 18, This Means War, and Alphas. 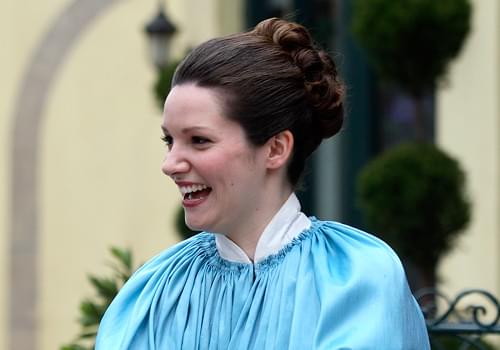 Mireille received her Bachelor of Music from The Glenn Gould School of The Royal Conservatory of Music in Toronto, Canada, where the accomplished opera singer studied with Donna Sherman and Peter Tiefenbach. In the summer of 2005, she participated in the Centro Studi Lirica program in Italy, which presented an opera concert tour in the region of Le Marche. Her operatic credits include the role of Cobweb in Britten’s A Midsummer Night’s Dream, L’Enfant and Tasse Chinoise in Ravel’s L’Enfant et les sortilèges and Juliette in Roméo et Juliette by Gounod. She has performed some of Mozart’s most classic pieces including The Marriage of Figaro, Cosi Fan Tutte, Don Giovanni and The Magic Flute, earning her rave reviews. Mireille also appeared in a Mozart concert at Stratford Summer Music in August 2006. Sullivan Entertainment’s Magic Flute Diaries is her first film role. 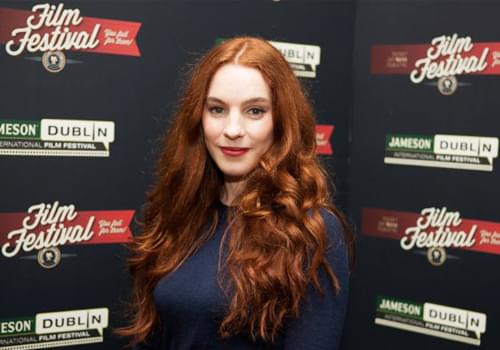 Toronto native, Kelly Campbell, has distinguished herself as a much sought after actress, opera singer and producer. She made her acting debut in 1991 as First Spirit in Opera Atelier’s production of The Magic Flute and has made appearances in films such as Married to It, The Deadly Look of Love and Night for Day.
‍
She holds a Bachelor of Music in Voice Performance from the University of Toronto and trained in theatre at New York City’s Neighborhood Playhouse. Her operatic background has taken her all over the world, most notably singing in a principal role in The Marriage of Figaro at Bunkamura Hall in Tokyo. She took on the role of Sandra in the Magic Flute Diaries.
Kelly now works out of New York where she produces The Comedy Igloo – a monthly comedy showcase. 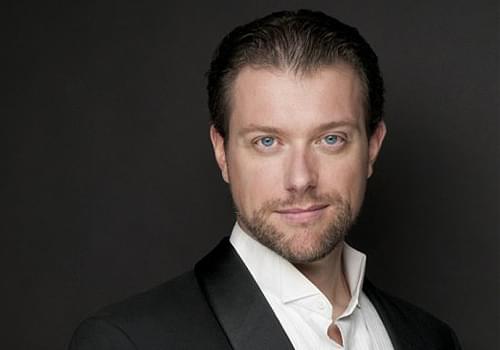 The young bass-baritone Olivier Laquerre won prizes at the Paris and Verviers international voice competitions and has been in great demand as a soloist since winning the prestigious Joseph-Rouleau Prize (1st Prize) at the Jeunesses Musicales of Canada Voice Competition in 1999. 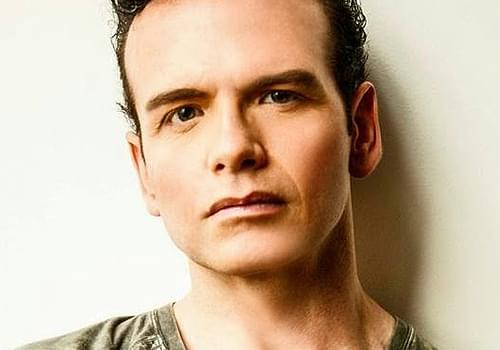 Curtis Sullivan brings to life the character of Sarastro in Kevin Sullivan’s Mozart’s Magic Flute Diaries. Having performed in shows from Tokyo to Toronto, the New Brunswick native has been charming audiences with his charismatic and distinctive baritone voice for years. The accomplished performer has been in several memorable plays, including Giuseppe in The Gondoliers and Giorgio in the innovative Passion. 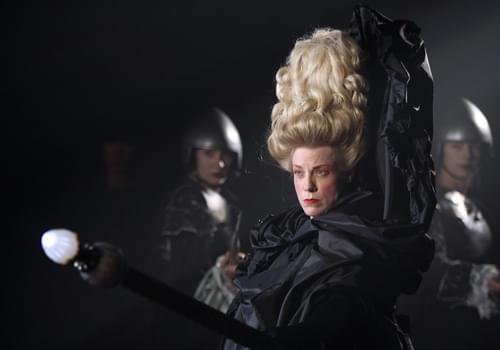 Queen of the Night

Erin Windle has captivated audiences with her feisty personality and dazzling coloratura voice in roles such as Norina in Don Pasquale (Virginia Opera, Cincinnati Opera), Queen of the Night in The Magic Flute (Opera Memphis, Orlando Opera, Lincoln Center’s Mozart Bicentennial), Adele in Die Fledermaus (Cincinnati Opera, Opera Memphis, National Grand Opera), and her signature role of Olympia in The Tales of Hoffmann which she has performed to critical and popular acclaim, heralded by Opera News as having a “fine soprano,” with “superb intonation, remarkable coloratura,” “Erin Windle’s Olympia offered the evening’s most outrageous performance.” 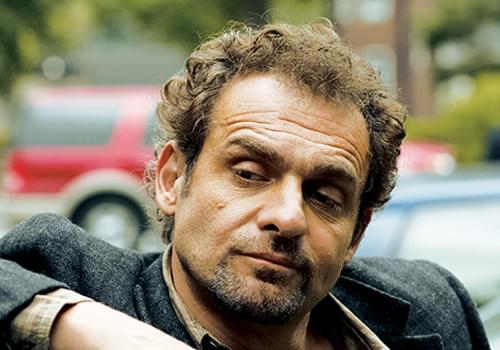 Bringing Mozart’s Magic Flute Diaries from script to screen required the collaboration and dedication of many talented people. Here is a list of some of the key crew members whose dedication, hard work and creative vision made this unique cinematic interpretation of the Mozart’s story a reality. 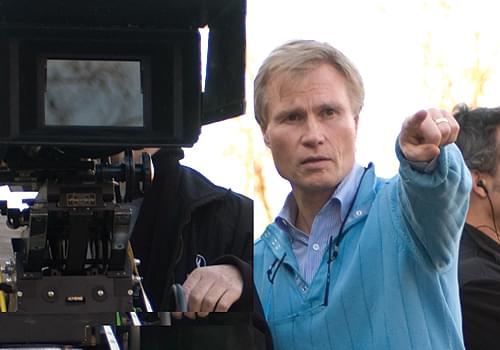 Kevin Sullivan is the President of Sullivan Entertainment which he and his partner, Trudy Grant, founded in 1979. As a writer, director, and film producer, Sullivan is known around the world for his beautifully executed and highly praised period movies such as the hit Anne of Green Gables series, his adaptation of Timothy Findley’s The Piano Man’s Daughter, and the classic long-running television series Road to Avonlea and Wind at My Back. Internationally recognized as one of the leading producers of high quality entertainment and renowned for his directorial ease with children and top performers, Sullivan has achieved a myriad of accolades and awards over the past three decades including three Emmy Awards, a Peabody Award, a Prix Jeunesse and four Cable Ace Awards. His ability to consistently produce top-notch entertainment as well as to attract big name stars has enhanced the image of Sullivan Entertainment throughout the world. Under Mr. Sullivan’s guidance, Sullivan Entertainment has developed a distinctive brand of story-telling. Lavish productions that are emotionally compelling and entertaining have become the hallmark of the company Sullivan founded more than 30 years ago. 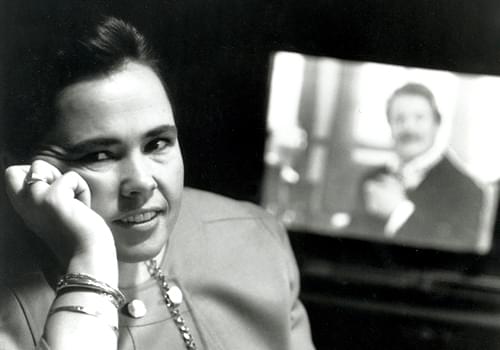 Trudy Grant, President of Sullivan Entertainment, which she founded in 1981, is a pioneer in the Canadian entertainment industry. Through her leadership, the company has emerged as a major player in the world marketplace, particularly in the television arena. Her involvement in distribution prompted her to form Sullivan Entertainment’s distribution arm to better administer the Sullivan product. The company’s penetration into many of the world’s less accessible markets makes it one of the few companies that can truly be considered international, having developed key relationships with buyers and financiers for various international co-productions. One of Ms. Grant’s main achievements is the sale of the mini-series Anne of Green Gables to more than 120 countries around the globe. 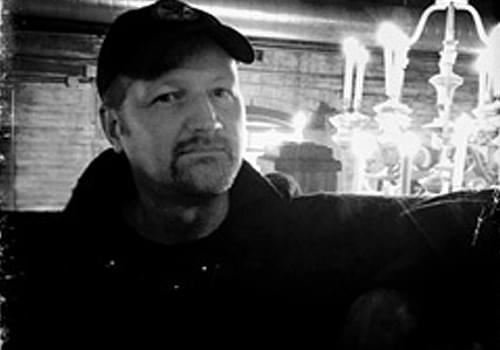 A veteran of the film and television industry, Thom Best has been a fixture behind the scenes of some of today’s most successful TV series and movies. Nominated for a prestigious Genie Award in 2002 for Best Achievement in Cinematography for the film Ginger Snaps, he brings his keen eye and attention to detail to Mozart’s Magic Flute Diaries. 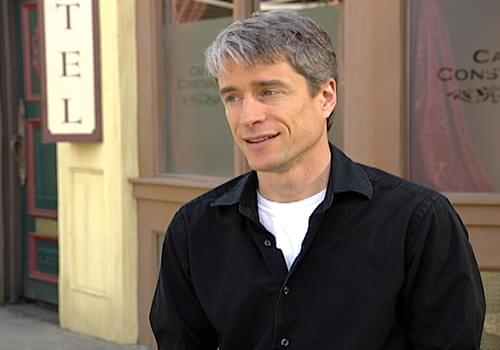 The task of recreating 18th century Salzburg and bringing to life its complex vision was no easy assignment. However, production designer Benno Tutter was able to create a vision that was true to the character of the era, by using his years of experience in the industry. Some of his previous projects include working on The Border, F/X2 and The Wishing Tree. Tutter was also a part of the Gemini Award-winning team for the film Away from Her, which was directed by Sarah Polley. 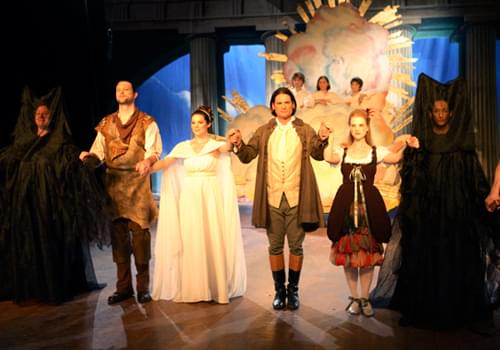 Joyce Schure has received two Gemini Award nominations recognizing her great talent for costume design. Her first nomination came in 1992 for Battle of the Bulge, which also won a Genie Award for Best Live Action Short Drama that year. This was followed by a nomination in 2008 for her costume design in the critically acclaimed Shake Hands with the Devil – the film adaptation of General Romeo Dallaire’s autobiography. Some of Joyce’s many other credits include Shania: A Life in Eight Albums, Billable Hours, M.V.P and most recently, The Good Times Are Killing Me. 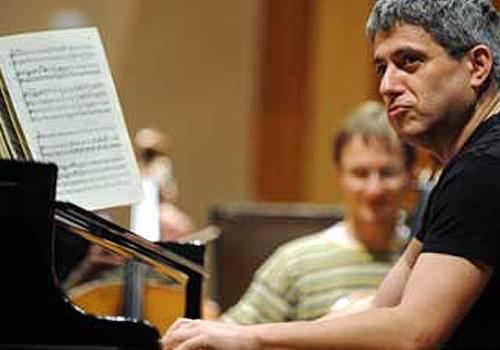 Composer, conductor, pianist and arranger, Peter Breiner was born in the city of Humenné, in the former Czechoslovakia. He attended the Academy of Performing Arts in Bratislava where he studied composition and graduated with a Master’s Degree in 1982. His extensive work as a composer, conductor and performer have made him one of the world’s most recorded musicians and Czechoslovakia’s most famous composer/conductor. Breiner has collaborated with director Kevin Sullivan on several of his projects, including Love On The Land (1999), Anne Of Green Gables: The Continuing Story (2000), Wind At My Back (1997-2001), Anne: The Animated Series (2000), The Piano Man’s Daughter (2003) and The Magic Flute Diaries (2007). Peter Breiner’s music can also be heard in episodes of numerous popular television programs such as CSI, Bold and the Beautiful and 60 Minutes.